In the summer of 2005 seven women met to organize the Southern Hills Republican Women’s club and by October 1st of that year we were chartered by the National Federation of Republican Women, NFRW. By the end of 2005 we had 68 charter members and 17 associate members. Throughout the years we have continued to expand our membership base that even today has seen much growth. 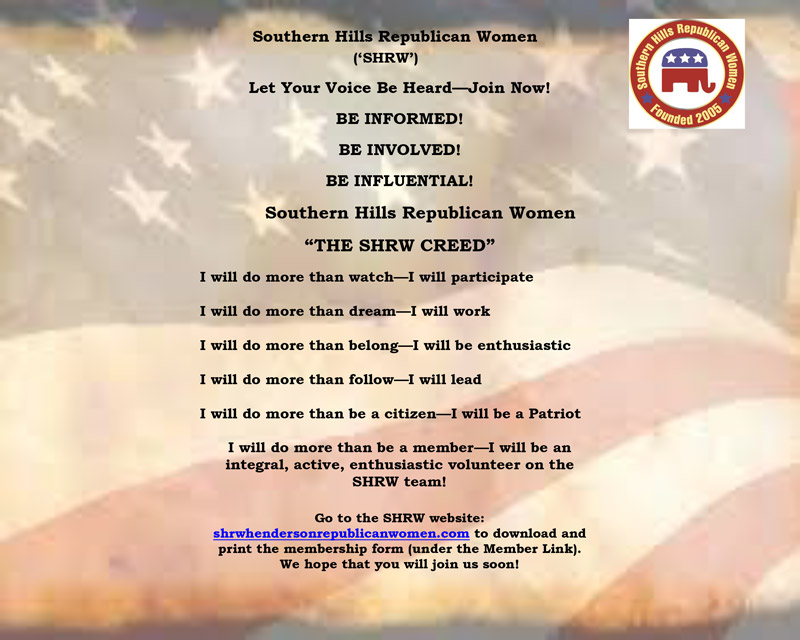